Tropical Storm Alma of the 2008 Pacific hurricane season was the easternmost forming Pacific tropical cyclone on record. It formed just off the coast of Costa Rica on May 29. Initially forecast to remain a weak tropical storm, the cyclone rapidly strengthened and developed an eye before making landfall near León, Nicaragua with peak winds of 65 mph (100 km/h). Alma was the first tropical storm on record to strike Pacific coast of Nicaragua. In Costa Rica, heavy rainfall caused flooding and landslides, leaving at least 42,000 people

without power. Three people were killed in Nicaragua, one from drowning and two others from electrocution.  Damage was estimated at $33 million (USD). Alma was the first tropical storm to make landfall along the Pacific coast of Central America since the 1949 Pacific Hurricane Season .

About four hours prior to landfall, when Alma was named, a tropical storm warning was in effect for the entire coastlines of Costa Rica, Nicaragua, Honduras, and El Salvador.When it was realized the storm was much stronger than previously thought, a hurricane warning was issued for the coasts of Nicaragua and Honduras, and Alma was forecast to attain hurricane status.  Prior to moving ashore, the NHC warned that the storm could produce up to 20 inches (500 mm) of rainfall, resulting in mudslides and flash flooding. In Nicaragua, officials evacuated about 5,000 people, while 3,000 troops were mobilized to assist in the aftermath of the storm.

In León near where it moved ashore in Nicaragua, the passage of Alma left the city without power. Several buildings were destroyed in the city, and some roads were damaged. Much of the departments of León and Chinandega experienced power outages, due to the strong winds. One person died from electrocution, due to a downed high-tension cable, and another person died in a similar manner. Offshore, one person drowned when he rode out the storm in his boat. In Tegucigalpa, TACA Flight 390 skidded off a runway sodden by torrential rain, killing three passengers (plus two more on the ground) and injuring over eighty. 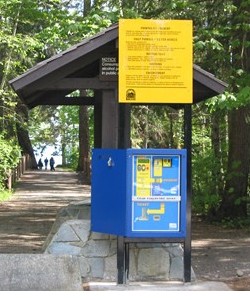