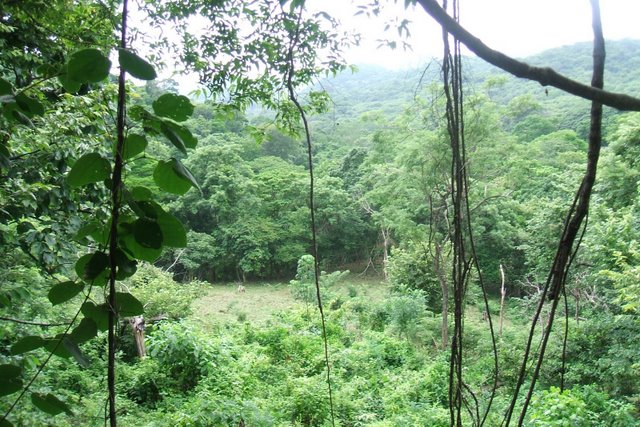 The woods of Nicaragua, grown under the sunny sky of the Torrid Zone, and in the mountains, valleys and on the sandy shores of the Atlantic and Pacific Oceans, are many in number and of widely different character in nature, strength and color. Unrestricted in their growth, in the exuberant and wild forests and woods of the country they attain enormous sizes, and exhibit great strength and solidity.

As a general rule, they are of delicate hues and beautiful colors, exhibit extreme fineness of grain and have marked peculiarities in texture and general appearance.

In Ostional, seasonal tributaries subject to seasonal flooded agricultural land and water storage areas set in depressions with surrounding woodlands. There are also areas that are normally dry. Slash-and-burn cultivation method and resulting alterations of water level and agrochemical effects have a direct impact upon the site.

The interaction of unique environmental factors has given rise to rich populations of flora and fauna both indigenous and migratory.  The site supplies water for cattle grazing, plantation cultivation, and irrigation of pastures, recharges groundwater and assists in flood control, retains sediments and contaminants, and supports a undetermined number of bird, mammal and reptile species. There are several species of endangered birdlife and mammals within the region.  Inhabitants surrounding the site benefit by meat and fish and derive fiber materials for the fabrication of handkerchiefs, mats, fans, and other handicrafts.  The site has high potential for eco-tourism because of its migratory birds and native mammals, and recreational and educational potentials are high as well. It also performs essential functions in the prevention of natural disasters, in erosion control planting, water banking , and in regulating local climate.  The owner is seeking assistance in preparation of the designation and in the ongoing development of a management plan, in coordination with the government. Most recent information: 2008.