We are taking skull donations for winners of the Paintball (BioBalls) competition. 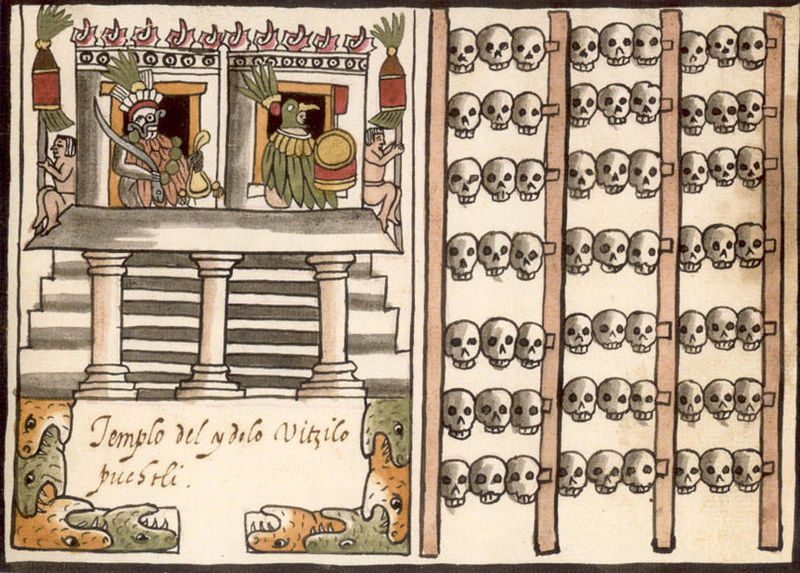 Apart from their use to display the skulls of ritualistically-executed war captives, tzompantli (skull racks) often occur in the contexts of the Mayan ballcourts, which were widespread throughout the region's civilizations and sites. Research seems to indicate it is not the losers' heads that were taken, but the winners' heads to honor their god in sacrifice.

In honor of this system, O is willing to post an image of your severed head on our future webpage for the games.  It will note your current wins and losses, while we keep your head as collatoral.

FYI: The association with ballcourts is also reflected in the Popol Vuh, the famous K'iche' Maya religious, mythological and cultural account. When Hun Hunahpu, father of the Maya Hero Twins, was killed by the lords of the Underworld (Xibalba), his head was hung in a gourd tree next to a ballcourt. The gourd tree is a clear representation of a tzompantli, and the image of skulls in trees as if they were fruits is also a common indicator of a tzompantli and the associations with some of the game's metaphorical interpretations.